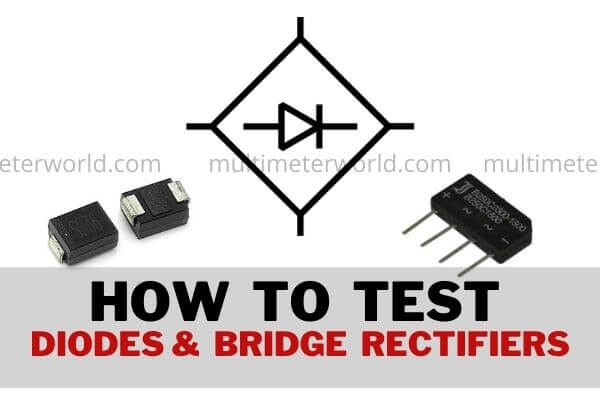 What is a bridge rectifier?

Where are bridge rectifiers used?

The input voltage to a diode bridge is given by a stepdown transformer. If there is a fluctuation in this or other AC input voltage then it doesn't matter if your bridge rectifier is controlled or uncontrolled, it will not provide accurate results. For this purpose, in industries power factor improvers (PFI) are used.

This heat impact is directly related to the power required at output. The higher the current the higher the power will be, causing a lot of heat. To solve this issue diodes are attached to heat sinks and these heat sinks have been cooled by fans. As shown in the pic.

In simple words, the ripple effect determines the smoothness of any bridge rectifier output voltages; the appropriate way to improve it is by adding relative capacitors.

It is basically the capability of diodes. The maximum voltages that a diode produces in the reverse biased circuit are peak inverse voltages. Always check PIV before using any diode for a specific power supply.

How to test a bridge rectifier with digital multimeter?

Step 2: How to measure a bridge rectifier?

Step 3: How to test a faulty bridge rectifier diode? 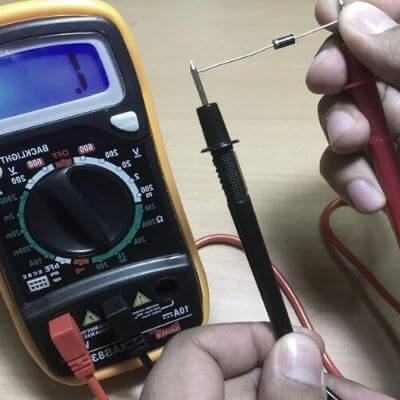 Troubleshooting of the bridge rectifier

If after testing a bridge rectifier, you find that it has an open diode or a shorted diode, there are several ways to fix it as mentioned above. If you're still with me you might have a clear idea of how to test bridge rectifier with digital multimeter. Therefore, if you want to know about Variable frequency drives testing then I have also made a separate guide for that.

Also, I would like to ask your help in sharing this article with your friends and family so they get benefits from it. Moreover, most people don't know which multimeter to buy for such electronic works. Being an electrical engineering student, I have made a list of the best multimeters for DIY electronics for this purpose.

Yes, I do offer personalized ads depending upon the quality of your products. For this purpose please leave a comment or inbox me.