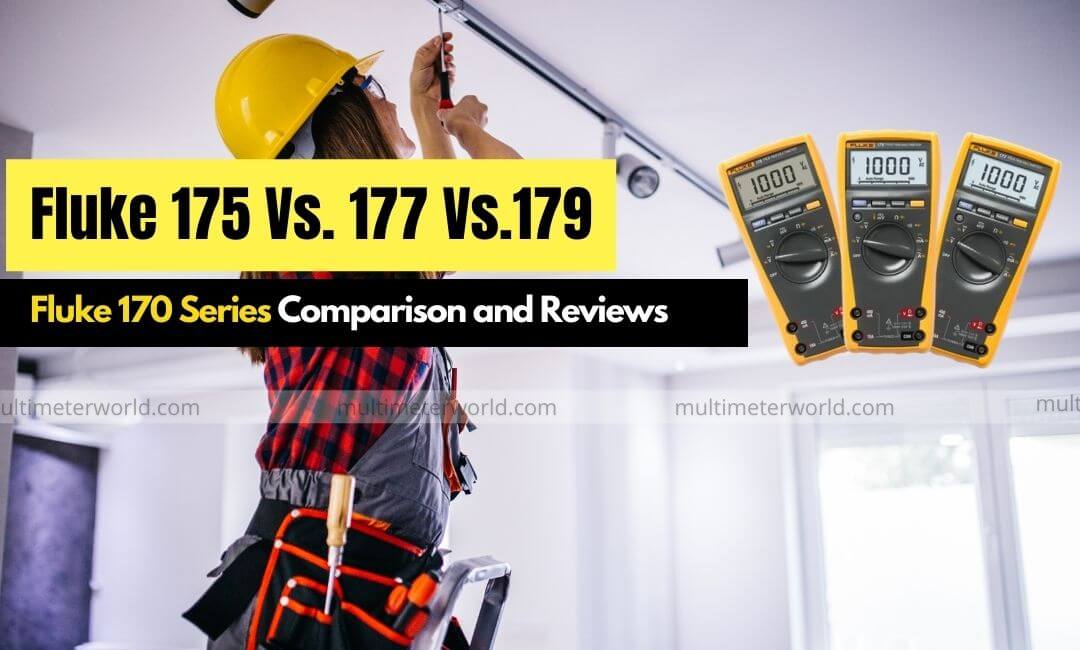 Fluke multimeters may look similar but are way different in terms of specifications and pricing. The three most popular models from Fluke are 175, 177, and 179. My aim is to provide separate reviews of fluke 175, fluke 177, and fluke 179. All of these meters belong to the same 170 series of Fluke but have different specifications. Keeping in mind this, I will make a side-by-side comparison of Fluke 175 vs 177 vs 179. So, before comparing let's check each fluke multimeter specifications individually.

It is considered as the basic variant of the fluke 170 series. Although you can get almost everything done with fluke 175. One of the most prominent features of fluke 175 is its analog bar with a 40times per second update rate. Apart from this, it comes with a large digital display which makes the reading easier.

As it's a true RMS Multimeter so you measure almost every AC voltage and current. This quality is very important for HVAC applications. Moreover, it comes with low input impedance which makes it suitable for measuring voltages of non-linear loads like motors, fans, and VFDs. If you want to know more about how to test VFD then I have made a separate guide for you. 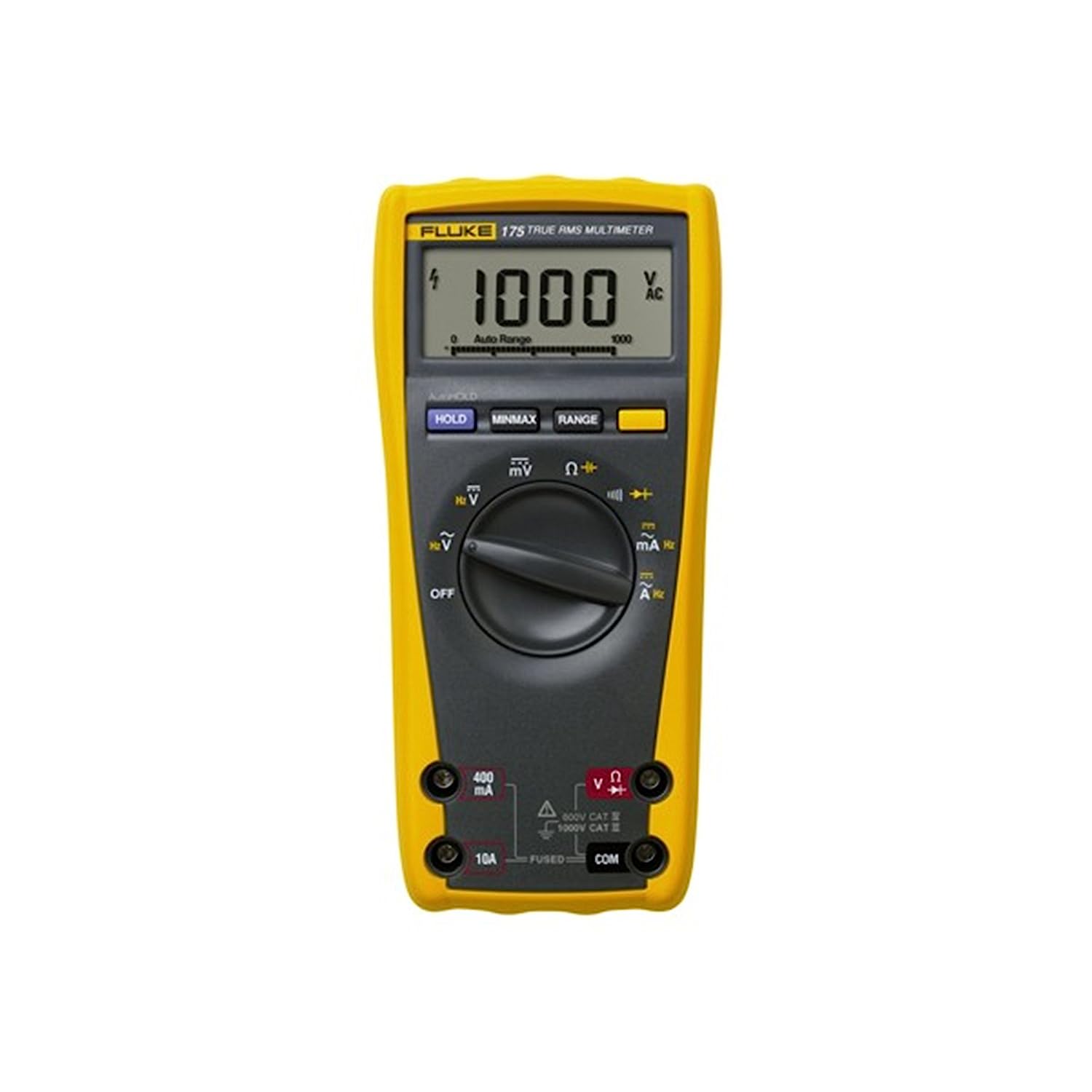 Most of you will be confused when looking at the specifications of fluke 175 and fluke 177 because they are almost similar. But there is a big difference in pricing, and internal features. Ideally, Fluke 177 is more advanced than fluke 175.

If you're a professional engineer then you know the importance of analog bar as it provides a quick overview of changing values. The good news is that Fluke 177 comes with an improved 40 times per second update rate which is better than fluke 175. Moreover, it has a backlight so you can use it in low light conditions as well.

It also comes with an auto shut-off feature just after 2 minutes of inactivity. So, it saves battery life as well. If you're still interested in low-budget fluke meters like fluke 117 or 115 then you must visit my blog about fluke 117 vs 115 vs 87. 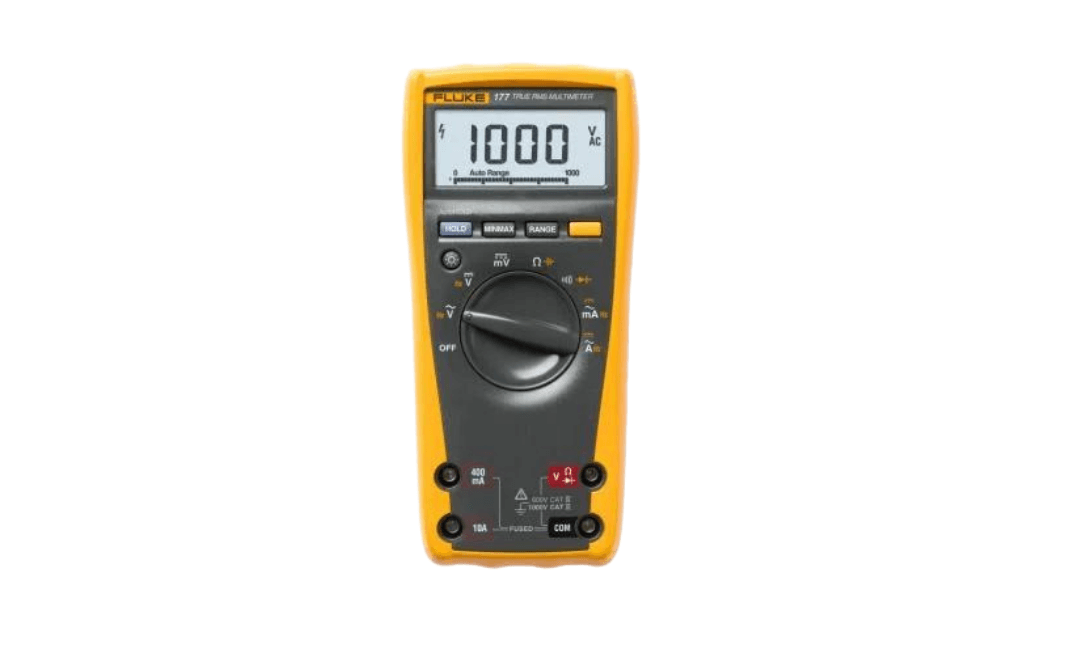 For professionals who don't want to compromise on accuracy and measuring ranges Fluke 179 is the only solution. You can do almost everything that fluke 87V can do. If you want to know more about Fluke 8v or 87V Max then I have made a detailed comparison between them. Coming back to the point, Fluke 179 is the most advanced multimeter for fluke 170 Series multimeters.

It comes with dual ceramic fuses so you don't have to worry about current overloads. For HVAC professionals, fluke 179 is no less than a magic tool. They can do every type of electrical measurements like testing thermocouples or temperature measurements. For this specific purpose, an 80BK Temperature Probe is used with fluke 179.

Similarities between Fluke 175 Vs 177

Similarities between Fluke 177 vs 179

Similarities between Fluke 175 vs 179

If you're looking for a quality meter then you can not find a better option than a fluke multimeter. You will get automatic ranging in almost all fluke meters. Fluke 170 series multimeters offer almost the same features but with a few feature changes. If I have to compare fluke 175 vs 177 vs 179, then the clear winner will be fluke 179. But the price tag will also go higher. The best thing is that an integrated protective holster is available in all of the fluke 170 series multimeters.

Fluke 179 For HVAC Professionals: Now the question arises is it worth spending such huge money on these features. The answer is not as straightforward as it looks. If you want backlight and temperature measurement then fluke 179 should be your priority. It is a perfect choice for HVAC work. Electrical engineering program need such multimeters as they're precise as well as embedded with the square wave function. If you want some affordable HVAC multimeters then you can visit my list of the best affordable HVAC multimeters.

Fluke 177 For Automotive use: If you don't want to measure temperature but need a backlight light option with DC volt accuracy then you should go for Fluke 177.  Automotive technicians need high voltage accuracy as well as backlight options for confined places. So, it is an ideal option for automotive use. If you want to go for budget-friendly automotive clamp meters then click here!

Fluke 175 For Electricians: Most of you might be thinking that why they should go for such a higher price tag then fluke 175 is perfect. Most professional technicians already have light or lamp gadgets so they don't need backlight and temperature options. For those who need all the features and perks of the fluke 170' series fluke 175 is the best option. You can also choose some of the best budget multimeters from our list of top multimeters for electricians.

Which multimeter is best for electrical and electronic systems?

For electrical systems, you can select fluke 177. Because it has all features of fluke 179 except temperature measurement. But if you want all fluke premium features then you should buy Fluke 289.

Why you should buy Fluke 179 True RMS multimeter?

In fluke 170 series FLUKE 179 is the top variant as it has all perks you can expect from a standard multimeter. The most prominent feature is its accuracy, display and yes how can we ignore backlight 😉 So grab the one which suits you the most from our comparison of Fluke 179 vs 177 vs 175.